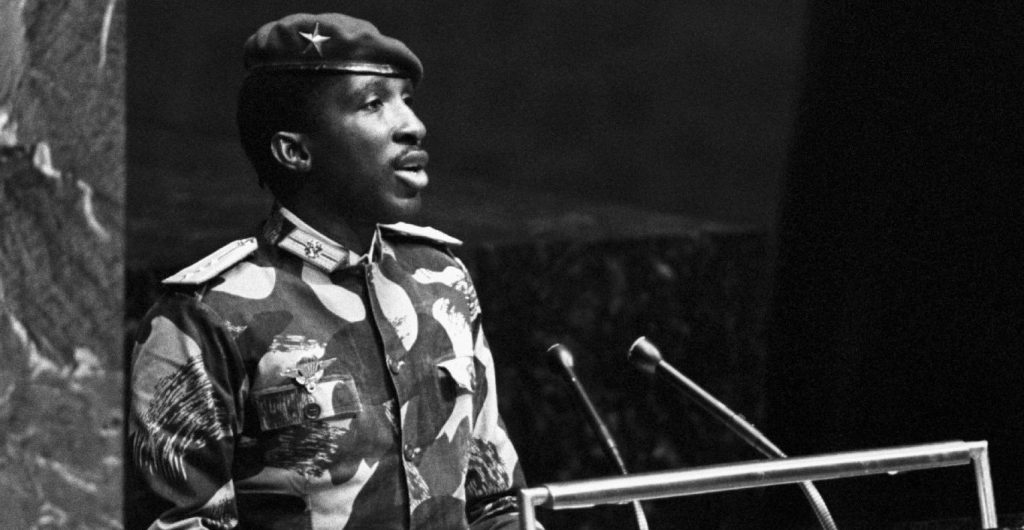 On August 4, 1983, young progressive soldiers, with the support of Libyan President Colonel Muammar Gaddafi, a friend of Thomas Sankara, organized a coup d’état and installed Sankara and his team in power in Burkina Faso, then known as Upper Volta. On August 4, 1984, the National Revolutionary Council (CNR), headed by Thomas Sankara, renamed the country Burkina Faso (Land of Upright People) to distance itself from the colonial legacy by France.
At the age of thirty-three, Sankara was already a well-known figure. With his charisma and straightforwardness, he had won over a crowd hungry for justice.

Thomas Sankara is considered a symbol of women’s rights; he banned female genital mutilation, polygamy and forced marriage. He called on the population to consume local products. He vehemently opposed the dictates of the World Bank and the International Monetary Fund. In his 4-year presidency from 1984 to 1987, he worked for the fight against corruption, poverty and for better education. With his political content, he left a lasting mark on Burkina Faso.

Poussi Sawadogo, an expert in gender and development, defended his master’s thesis at the University of Ouagadougou in 1999 in the Department of Arts and Communication on “Thomas Sankara and the status of women: a revolutionary vision?”. In this interview, he elaborates on Thomas Sankara’s “feminist” ideology.