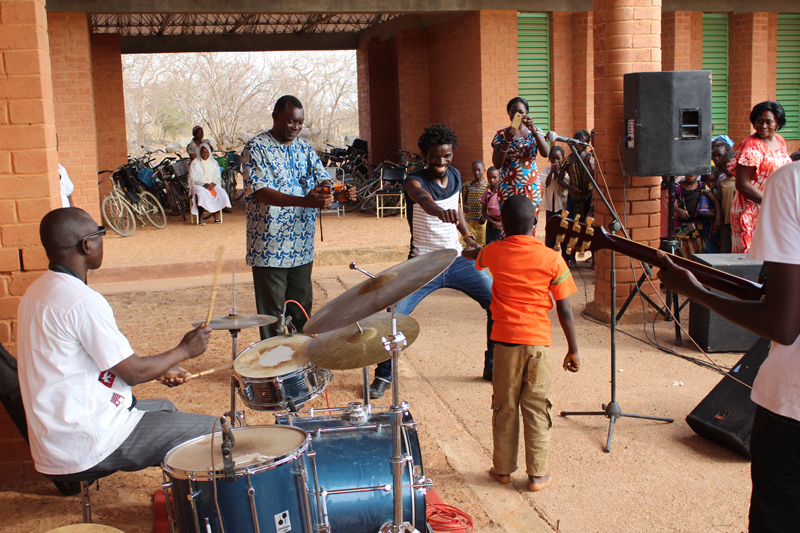 The burkinian musician Patrick Kabré has been in the beginning of April for a two-day workshop for the pupils of the Operndorf School at the Opernorf Afrika. In addition to his work as a professional musician, Patrick Kabré founded the Silmandé Studio in 2015, which offers children’s music workshops for schools, hospitals and other cultural institutions.

Patrick Kabré was born in 1988 in Burkina Faso. At the age of 12, he built his first guitar and founded his first band during his studies at the Conservatoire de Musique of Ouagadougou. Cooperations followed with the most famous musicians of the African continent, such as Lokua Kanza, Richard Bona, Ray Léma and Etienne M’Bappé. In 2012, Patrick Kabré was nominated as the Best Newcomer in Burkina Faso, followed in 2013 by participation at the FIMU of Belfort and his first Tour in Europe. He played among others at the Copenhagen Jazz Festival and the Festival de Villeurbanne.

More impressions of the concert of Patrick Kabré in the Opernorf Afrika, here!

More about Patrick Kabré can be found here!